Citrix Security has discovered a vulnerability in Citrix ADC (formerly Netscaler) and Citrix Gateway, enabling an attacker to create a specially crafted URL redirecting to a malicious website. Citrix and OneNeck highly recommend that all customers utilizing these Citrix services take note of this vulnerability and determine if they are among those who may be affected.

The vulnerability (CVE-ID: CVE-2022-27509 and CWE: CWE-345) is an unauthorized redirection to a malicious website. Additionally, two pre-conditions determine potential susceptibility. The first is that appliances must be configured and operating as a VPN (Gateway) or AAA virtual server. Secondly, the targeted victim must use an attacker-crafted link.

According to Citrix, the following supported versions of Citrix ADC and Citrix Gateway have been affected by this vulnerability:

A critical aspect of which to note is that organizations using Citrix-managed cloud services are not in danger of being affected by this vulnerability and do not need to take additional action. However, those with customer-managed ADC and Gateway appliances should take the following steps.

Citrix recommends those who are currently affected or could potentially be in the future install all relevant updated versions of Citrix ADC or Citrix Gateway.

Based on the potential harm these vulnerabilities could cause an organization, OneNeck recommends installing updated versions immediately, and our experienced team is here to help. Through our long-standing partnership with Citrix, we will quickly and effectively assess your Citrix appliances and determine which units face the potential of being affected. We will install all necessary updates so that you can get back to doing what you do best, knowing that you and your clients are protected. So, please Contact Us or your account rep today and let us help you continue to run efficiently, effectively and securely. 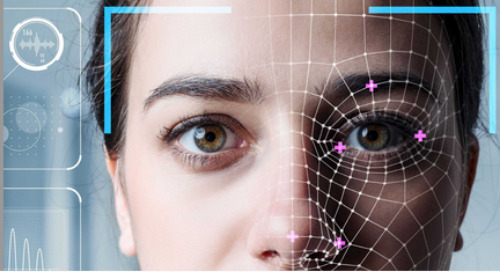 This white paper will walk you through the practical methods that leading enterprises are using to successf... 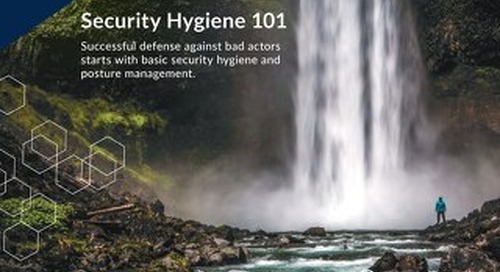 This eBook explores how successful defense against bad actors starts with basic security hygiene and postur... 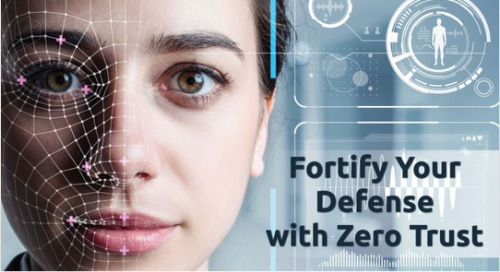 Protect your business from threats on-premises and in the cloud, around the clock with Zero Trust and a managed detection and response (MDR) solution. 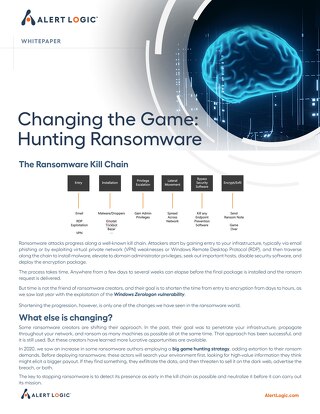 This white paper details the key to stopping ransomware is to detect its presence as early in the kill chain as possible and neutralize it before it can carry out its mission. 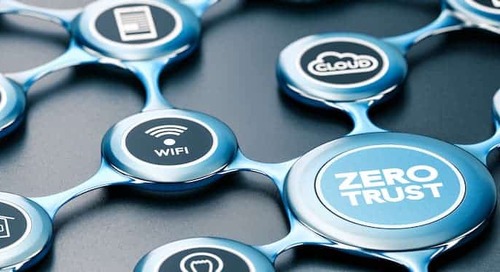 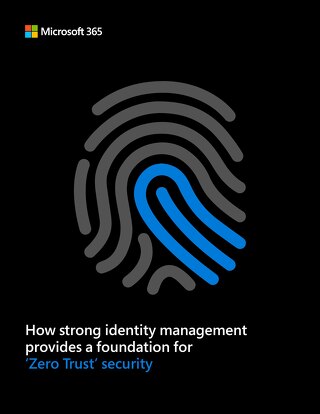 This eBook outlines the critical steps in the journey to Zero Trust for your organization. 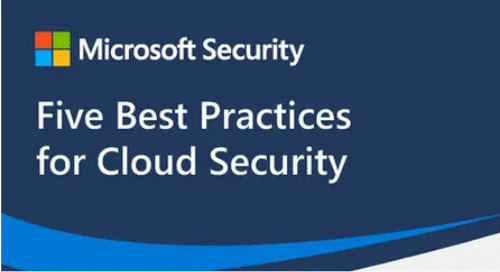 Cloud security is a fundamentally new landscape for many companies. While many of the security principles remain the same as on-premises, the implementation is often very different. 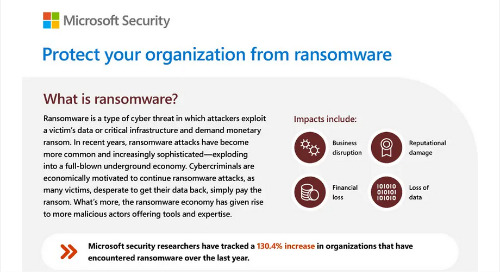 Protect Your Organization from Ransomware

Ransomware is more than isolated incidents at specific organizations—it’s an entire industry. We need to fight it on every front. 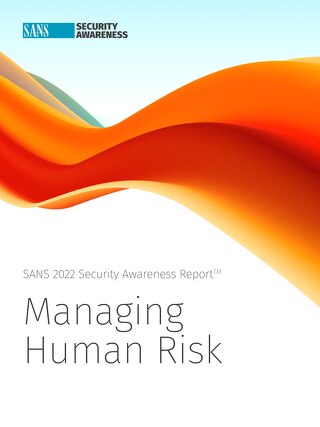 The SANS 2022 Security Awareness Report analyzes data provided by security awareness professionals from around the world to identify and benchmark how organizations manage human risk. 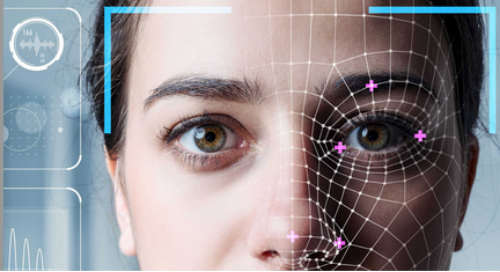 This white paper will walk you through the practical methods that leading enterprises are using to successfully implement a zero trust architecture solution. 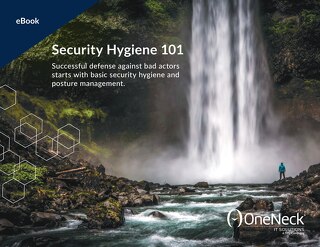 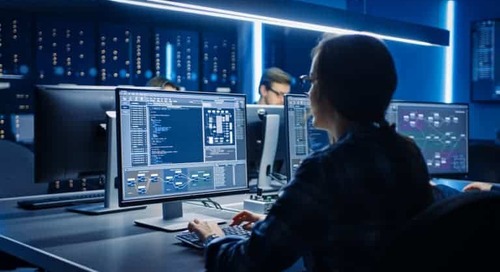 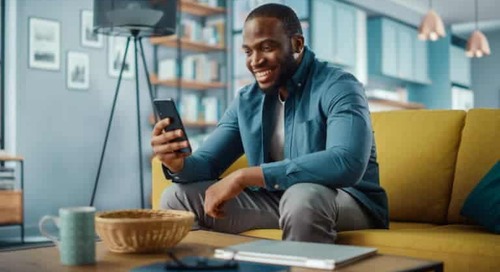 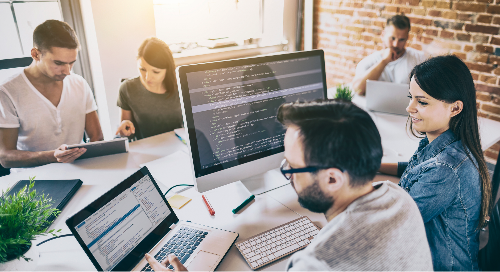 Identify your CIS Implementation Group and get in-depth explanation of each of the CIS Controls. 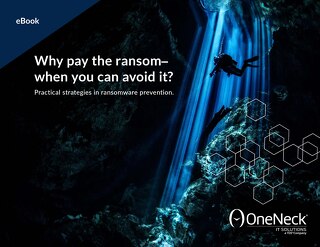 In this eBook, we explain the threat that ransomware poses and outline basic strategies organizations can take to reduce the risk and impact of a ransomware attack. 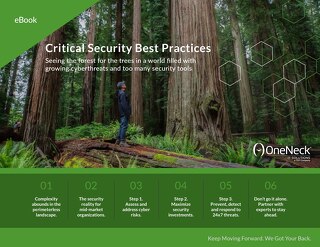 In this ebook, we put on our secure hybrid solutions provider hat and explore some of the common security challenges our mid-market customers are facing and how security best practices are helping. 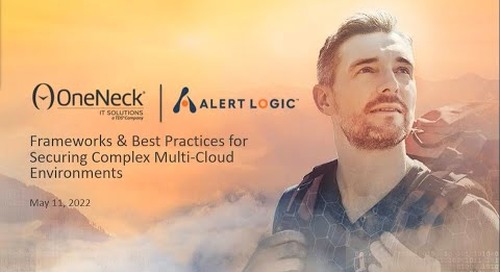 The adoption of multi-cloud in your environment often means more complexity and potentially greater risk. This Webinar with OneNeck and Alert Logic discussing securing your multi-cloud environment. 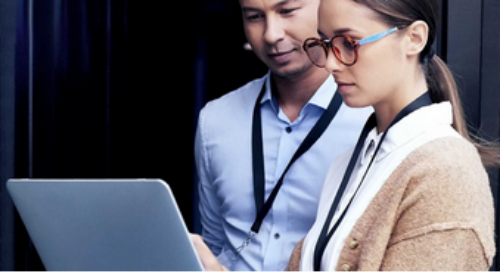 Keep your firewall up-to-date and your network secure. Firewalls are the border separating an organization’s private local network from the rest of the work, making firewall patching fundamental. 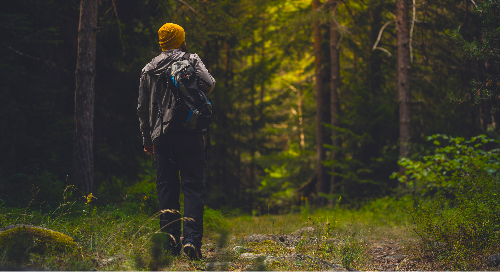 Addressing risk though must start with a baseline, which is why we offer a security risk assessment in alignment with the Center for Internet Security (CIS) Controls. 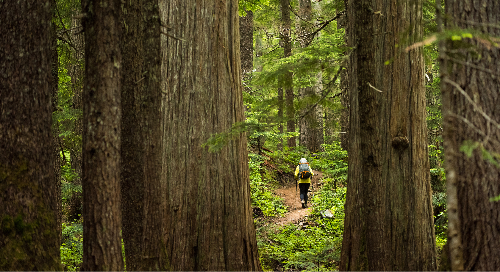 Addressing risk must start with a baseline, which is why we offer a security risk assessment in alignment with the National Institute of Standards and Technology (NIST) Cyber Security Framework (CSF). 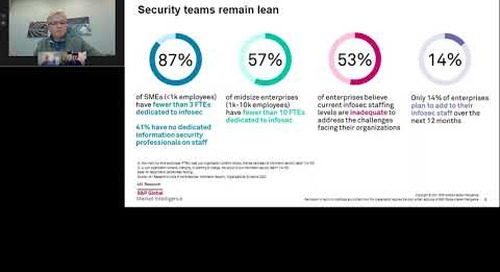 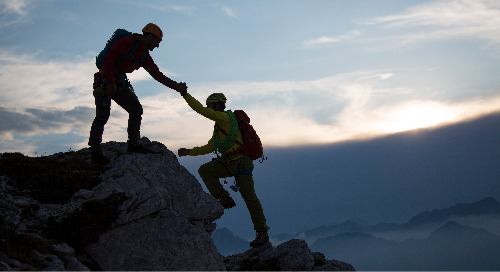 Learn the top six security issues to address when sharing responsibility between the customer and the provider.